Lying and Cheating of Pepijn van Erp and Frank Israel

PEPIJN VAN ERP lying and cheating is the way he operates. Pepijn Van Erp is a well known chess cheater http://polarbearspalaver.blogspot.com/2012/10/cheater-no18-pepijn-van-erp.html. After various attempts at making a living, Pepijn is now a self-defined “skeptic” who runs a blog under the direction of the Skepter/Skepsis association headed by the astronomer Frank Israel.

In his blog Pepijn Van Erp sits as judge of all matters in physics, mathematics and medicine while he has attempted and failed for some years to get a master degree in mathematics. Pepijn calls himself Drs. (Doctorandus) in Wikipedia and on his website. According to Dutch legislation, the Dutch doctorandus degree is equivalent to the MA or MSc degree in English-speaking countries so Mr. Van Erp is giving himself a title that he does not have. So far he has not proven that his tile is in fact legitimate.

Pepijn Van Erp's main mission seems to be to attack the character and the work of Prof. Santilli with all sort of lies and carefully crafted and pompous arguments pretending to debunk. How much time does he spend everyday attempting to damage the reputation of Prof. Santilli? Looking at the pages and pages that Van Erp writes, there are only two explanation: the pathology of the professional liar or the greediness of the ignorant who is unable to make a living in a profession that benefits society… Maybe it is both.

Pepijn Van Erp's blog and so called “articles” only give space to entries that are in favor of his thesis and block everything else that is not aimed at discrediting and damaging the work of Prof. Santilli.

He repeats that Santilli’s articles are “mainly self-published” ignoring the long list of his publications. 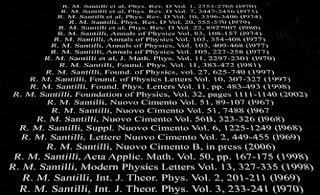 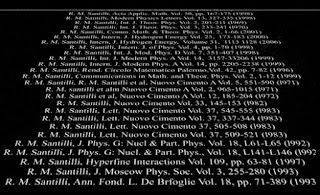 Since Pepijn Van Erp is unable to argue on a technical and scientific level, he says “no use to bring arguments as they are all in other blogs and are full of antisemitic tones and they will have no space in my blog".

The malicious intent to inflict damage is evident in Pepijn's description of Prof. Santilli’s Companies that commercialize his patents. “Magnegas  Corporation is a pyramid scam”  he repeats in his blogs. Magnegas Corporation is a public company started 10 years ago that is quoted on NASDAQ and as such is strictly regulated by the Security and Exchange Commission which checks for the accuracy of every official statement by the company.  Pepijn Van Erp is fond of writing “fake companies” of the Santilli family. Every business entity belonging to the Santilli is registered with the government and regularly pays taxes and contributes to the local economy by employing people. The merit of the economic model of the Santilli family is different than the economic model of Pepijn van Erp which is writing blogs while collecting unemployment or other type of subsidies.
Posted by Pepijn Van Erp at 11:39 AM